Writing “The UX Designer is my new Hero!” was a real eye opener for me. Not so much that I found new tools, processes, tasks, but that the role definition really fell into place.

The world outside is still a mess. Ask ten people to define a UX Designer and you will get ten different answers. The confusion is not limited to UX but the whole digital domain is a mess. Overlapping responsibilities , unclear deliverables, ambiguous definitions.

Building a team based on titles would be like laying a puzzle where the pieces are from different boxes. The only thing you can be sure of is that they won’t fit.

I assume time will sort out this mess eventually but I am in a hurry. Here is my take on what is causing the confusion and what to do about it.

What do you mean by Designer?

Starting with a massive confusion that is not only related to UX. When people use the word “design” they are almost always referring to “something visual”. It is never explicitly stated, since everybody seems to be in on it. Just think about it next time you read an article.

This should not be news but “design” is much more than “visual design”. A software architect designs a system, a strategist designs a strategy, a producer designs a production plan and so on. Designers all over the place.

UX Designers are a special case, we’ll come to that.

Let’s say that we are doing a web project. What roles do we need? If we just focus on the actual build, let’s go for an Interaction Designer, Visual Designer and Front-end Developer. Roles with pretty clear responsibilities and deliverables .

But there is a bunch of other roles out there that can produce the same deliverables. Here is a quick and probably incomplete list:

None of these roles have clear definitions. We get some hint about how technical a role is but other than that it is pretty subjective and arbitrary.

As a practitioner you can pick one title and define its responsibilities as “the stuff that I do”. This leads to a huuuuge overlap, you can get the same delivery from several of the roles, and in some cases from almost all of them. The same thing when putting together a team, pick a role and define responsibilities as “the stuff that needs to be done”.

The way the term UX Designer is used by most is confusing to say the least. This article answers the question what a UX Designer does between 9 and 5. It turns out that it is quite a lot. Actually so many things that it is impossible for a single person to have the time, let alone be good at it.

In article after article I see all UX related tasks defined as the responsibility of the UX Designer. If this is what the writers actually mean, then we can forget that UX is a team effort, and we would be looking at the worst bottleneck in the history of project management.

There is an alternative way of reading it, that the UX Designer role is used as a catch ’em all for any task within the field of User Experience. The UX generalists and the T-shaped ones are all considered UX Designers although they might work in totally different areas.

A role is clear when the deliverables are clear

It is obvious that we cannot use titles to put together a team. We need to look at the stuff that needs to be done, the deliverables. If the deliverables are clear then the responsibilities of the role are clear.

What deliverables are needed depends on both work process and type of project, but it can actually help us clarifying the titles too. Here is a nice illustration as a start:

As a general approach this makes perfect sense. Clearly defined roles, clearly defined deliverables. And at the bottom it is spelled out:

User Experience is a team effort

So let’s clean up the mess

I am sure some of you feel that I am “not getting it” and I completely agree! But that just enforces my point: that the roles and responsibilities in digital and UX are confusing and that we need to clean up the mess. It doesn’t matter that you “get it”, we all need to get it, even the clients.

So here are some thoughts around where to start.

What type of designer, actually?

The word “designer” is often used without defining what the writer actually mean, it is sloppy and very confusing.

There is no such thing as general design

Design is always specific so always make sure to use it with a specifier, e.g. Visual Design, Interaction Design.

A role is clear…

Be what you are

Be what you do most

Unicorns don’t exist and UX is a team effort

In a minimal team we all have to do whatever is needed. Some are pretty good at everything but most of us are not, so whenever possible: focus on what you are good at.

A Unicorn is never the perfect solution, a great team is.

A different defintion of UX Design and the UX Designer role

I see a huge need for the UX Designer, but with responsibilities similar to the UX Strategist in the illustration above. A UX Designer creates the UX Design for a project and leads the team in implementing it. If that doesn’t make any sense, please check out the full story here.

Struggling with the puzzle? 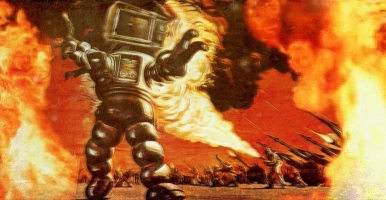 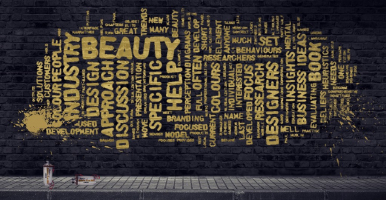 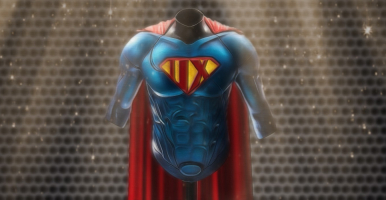