Cross stitching is a very complicated way to get a message across…
Reading Time: 5 min

Don’t think of an elephant!

Tricky, even without the image. A little push is all it takes to make it almost impossible to NOT think about an elephant. The phenomenon is called ironic process theory and applies not only to elephants but everything imaginable.

Our brains are really good at thinking about what we already think we know, patterns, experiences. An innovation on the other hand is something that did not exist before you thought about it, it is like the Big Bang but in the microcosm. Emptiness, then BOOM and it is there, this new concept, idea, expansion at the speed of light!

Wouldn’t it be totally amazing if we could hijack the “ironic process”? To give our brain that little push that makes it almost impossible to NOT think about new ideas, concepts, improvements, innovations!

Where do babies come from?

An English proverb says “Necessity is the mother of invention”. That is true in some cases, but there is also a ton of things out there that was not needed before they existed. Necessity did not inspire the wheel, par-boiled rice or the iPad.

Curiosity, as someone else suggested, did allegedly kill the cat but takes us only that far, look I am super curious, now what?

Opportunity is the mother of invention!

I would instead vote for opportunity. There are always ways to improve, to make things faster, cheaper, better, more beautiful, but most of the time our minds are elsewhere. We just need a little push, a trigger to realize that there is an opportunity to innovate.

If something feels complicated then we are probably doing it the wrong way.

When you are totally busy DOING things then it is impossible to innovate, you have to stop doing, take a step and have a look at things from the outside. If everything moves ahead according to plan then there is nothing to worry about but if something feels complicated…

If something feels complicated then we are probably doing it the wrong way.

I just have to repeat it. It might just seem like any sentence with 13 words that easily could slide through our mind on the way to oblivion, but I really think it is worth pondering. If you are going to ponder something today, ponder this!!

It is quite an eye opener when you start practicing it. It could be triggered by that something is time consuming, repetitive, dependent on factors outside of your control, or seemingly insolvable. It encourages developing new solutions, creative ideas, increased efficiency, better final result, less stress and more. It can be applied on all asoects of our lives. Maybe that recipe for chocolate mousse has to be updated, or the complicated relation you live in is in need for some innovation?

If you feel “there must be a better way”, then there probably is.

What is the problem?

Before getting to the creative, let’s make sure that there actually is a problem to solve. Some tasks are complex, boring etc and there is nothing to do about it. Or is it? Well, that is for you to figure out!

So the next step is to identify what the problem actually is. This task that feels like a total waste of time might not be in need of change, instead you need to innovate your sleeping habits so that you stop being such a whiner.

A beautiful solution of the wrong problem is most likely a total waste of time.

A good sign that you are on track on solving something real is the thought “there must be a better way!”

Solve the problem on the right level

Ok so there is a problem to solve. But is it really you that should solve it? Or should it be solved on a different level? As someone said “If your only tool is a hammer then every problem looks like a nail”.

Let me take an example from the world of digital production. A client has a feature request on an app that we are working on and the change will definitely make our lives more complicated. Maybe there are parts that has to be redone, maybe the timeline gets squeezed, maybe we don’t have the resources at the moment.

If the change requires code to be written then it is natural to assume that the problem has to be solved by writing more code. Maybe it should. Or maybe the concepts that the code was implementing need to change, or maybe it should not be implemented at all becuase it is a bad idea.

And why did we not foresee the change? Did we miss something when specifying the functionality, or in the communication with the client? It could be that the client is asking for something but actually mean something else. There can be lessons to be learnt both now and for the future, changes in work process, communication. And finally, maybe it should not be done just because there is no time or budget for it.

So when the warning bell rings, take a step back and look at the problem from above, and think about which is the correct level to solve the problem, the one that produces the best result with the simplest solution.

All set and done, just waiting for the elephant…

So now you have woken up, identified a problem, realized that there is an opportunity, defined the level where it should be solved, but the elephant is still missing? Still no great ideas?

I have suggested that opportunity is the mother of invention, but where do actually ideas come from? My friend Axel who is an amazing music producer says that all ideas are already there, floating around us, we just have to listen for them and make them come alive.

This article has been about creating the space where the ideas can materialize, without this space there isn’t even room for a tiny mouse, let alone great ideas. The next step is how to get those ideas streaming. This will be the topic for another issue of Battery!

Until next time: happy elephant hunting!

Need some help with an elephant? 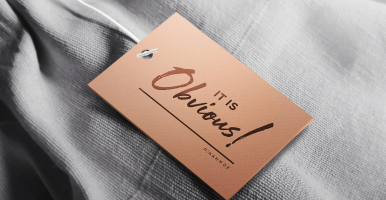 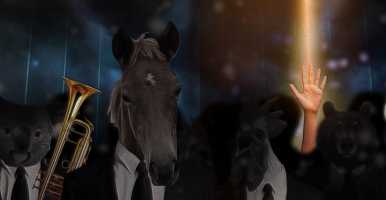