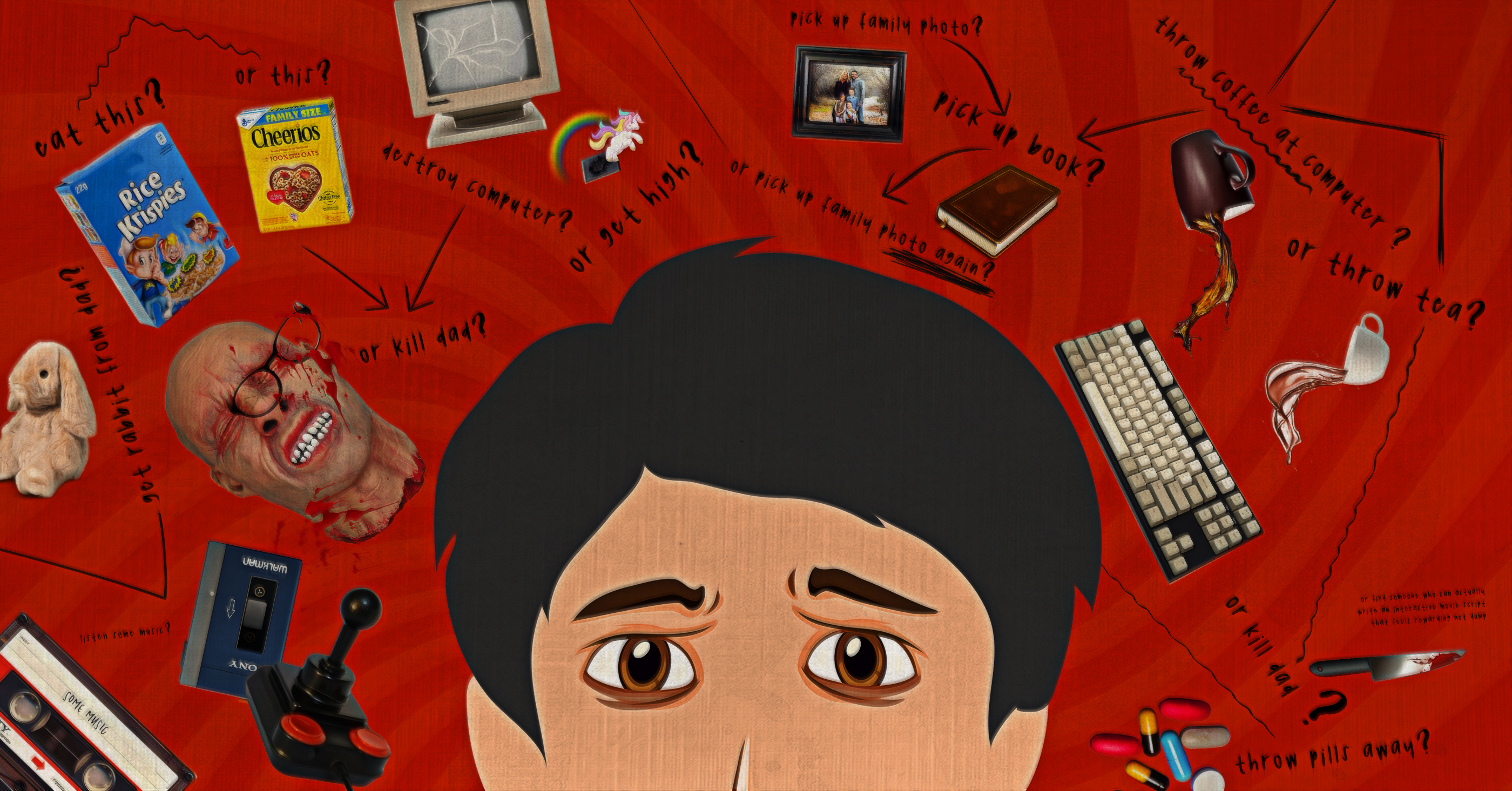 This article is a part of the Battery002 issue: Smart content, shoppable videos and Bandersnatch!

Netflix’ Bandersnatch episode of Black Mirror has made for example Amazon, YouTube, Walmart, BBC bet on interactive content. Netflix are doubling down with more interactive content and I would assume there is a lot of activity behind the scenes. Unfortunately…

Bandersnatch is NOT the future of interactive entertainment and
choose-your-own-adventure is NOT the right way to sell it to the audience.

Don’t get me wrong. Bandersnatch is truly impressive! But it is a one-off. Imagine the drop in viewers if the whole season was done the same way.
Read the user reviews at imdb.com and you will know I am right.

As TechCrunch puts it:

This collective rush to interactive, personalized programming may lead some to believe this is indeed the next big thing in media and entertainment. But the reality is that these shows are costly to produce and difficult to scale compared with traditional programming. Plus, viewer reaction has been mixed so far.

But do not despair dear reader, interactive film has a very bright future
if done right, here is how.

It is viewers, not gamers

Interactive film is not new, the game world have been at it for the last 30 years. What is new is the medium, a mainstream TV and movie platform, and a totally new audience with other expectations on a viewing experience.

Bandersnatch could very well prove to be the starting point to bring interactive film to a mass market. But for this to happen we have to stop thinking about the audience as “gamers”. Netflix’s audience is not looking for a game experience, they are there to get a good story, they are “viewers”.

Key takeaway: viewers are as mainstream as they come, go get them!

Whatever we do we cannot write a script that everybody loves. We should not even try. As a rule of thumb we should aim for:

Sounds reasonable? Getting a five star review from 80% of the viewers would be a massive success! We will get back to the 5% shortly.

Key takeaway: focus on making the 80% happy, everything else is a waste of time 😜.

There is only one story

Interactive film is often described as non-linear. What most forget is that the human experience is always linear. The interactive flow can be the most advanced and intricate ever but the viewer will still just experience a linear flow where one scene follows another.

It doesn’t matter if there are “millions of permutations and five different endings”, in the end the viewer has only experienced exactly one (1) permutation with one (1) ending.

If we were able to predict exactly what choices the viewer would do then we only had to produce those specific scenes and skip the rest, the viewer would still think that they made the choices and affected how the story evolved. In theory we could cut film production time for e.g. Bandersnatch to a third without changing the viewer experience one bit. In theory.

Key takeaway: always start with the ideal flow, the path we want the user to take through the experience. Forget the permutations, the bells and whistles for now and focus on the story.

The only way to know that the film could be different is to play it again. You would really have to love the first playthrough to even consider it, then you have to be curious enough about the alternatives to invest another couple of hours. Congratulations, you are one of the 5%!

Remember that we target the TV and movie audience. How many would watch a linear film again immediately after the first view? 0.1%?

At the moment the number of permutations and endings has a PR value, but if interactive film catches on then that value will fade pretty quickly. Then we are back at judging things the way we always do, whether it was a great experience or not.

For those playing it again the story and ending better be different and at least as good and rewarding as the first time, otherwise the word of mouth will be a bad one. As if making one great film wasn’t enough of a challenge.

Key takeaway: think long and hard about why you want all the different paths and variations. Is it really adding to the experience? Or is it to show off your interactive skills for your peers?

It is movie night, what do we want to watch? Let’s watch a love movie!

Most movies don’t change genre in the middle. They end pretty much as we expected, and we are fine with that! That was the reason we picked it in the first place. We want a single ending, the best!!!

Key takeaway: creating a love story with an alternative ending where they die unhappy is a sure way to piss off half of the audience.

The illusion of choice

Netflix and others call Bandersnatch a choose-your-own-adventure. That is not only a trademark infringement that brings you a lawsuit, but also quite misleading.

The term implies that you get a couple of characters, an initial setting, some goals and then it is up to you to do whatever you want, i.e. choose your own adventure (duh!). But this is not true even in the gaming world, and definitely not the case for live action film. If you think you can choose your own adventure you will be wildly disappointed.

Luckily the 80% of Netflix viewers do not have that expectation. Permutations and alternative endings are not a priority, a good story is. This allows us to shift resources from the 5% to the 80%. It not only saves money and time, but also opens up for true creativity and innovation in interactive storytelling.

Key takeaway: the audience wants a great story and isn’t longing for an open world where they can do (almost) everything, if they were they would be playing Red Dead Redemption right now.

All great stories are the same (almost)

A picture says more than a thousand words, but please check out Christina Wodtke’s post The Shape of Story, there is more both pics and words, a great read! My favorite part is #5: “Resolution is boring, keep it short”.

The part in the middle, the struggle, is where the action is! This is where we should develop the interactive storyline. The viewer wants to realize the outcome, be the one that makes it happen, make the love couple meet, put the hero to the test, kill the bad guys.

Although not all decisions go as the viewer wants, every step will eventually lead to the resolution (which is boring).

Key takeaway: everything interesting happens before the end.

The goal is the compass

Back to the interactive love story. The obvious ending is that the characters find each other and live happily ever after. There could be some variations to that but anything totally different would surely be a disappointment. For each genre it is pretty clear what the goal is and what would be a rewarding ending.

Agreeing with the viewer about what the goal is might sound like a spoiler, but it is not about giving away all the details, it is about giving the direction. The goal works as a compass, helping the viewer to make meaningful choices. The user will feel motivated to make the choices that they think leads to the goal. In the end the user will feel like they are the real reason for the characters to have found each other, have succeeded, especially if it was hard to get there.

Key takeaway: make sure that the viewer and the film share the same goal. That makes all interaction filled with purpose, and reaching the goal a personal achievement.

To tell a story of utter hopelessness and despair we need to make the choices meaningful. By doing the “right” choices for the character we could actually feel stronger for them than if the director just put them into the situation.
We did this, we are responsible for the outcome.

Why not have one ending that is positive? It seems like a nice thing to do to the character. The answer is expectations. When you choose to engage you do that because you expect an outcome, is it love, hero, tragedy, mystery, mayhem. Stay true to the story arc.

Key takeaway: meaningful choices is what makes the journey worth the effort.

A single ending doesn’t necessarily mean that it is one that the viewer expects, as long as it doesn’t break their expectations in a disappointing way. So don’t hesitate, do the twist!

Key takeaway: just do the twist!

For interactive film to become mainstream we must look at it from a viewer’s perspective, not a gamer. This will not only improve the user experience for the 80% dramatically, it will reduce production costs to a level where it is actually feasible long term to produce.

Looking forward to get going!

This article is a part of the Battery002 issue: Smart content, shoppable videos and Bandersnatch!

Want to get off CYOA

but don’t know how? 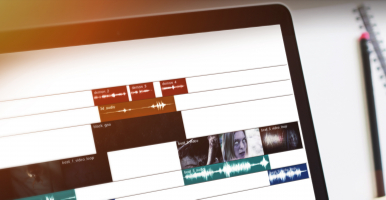 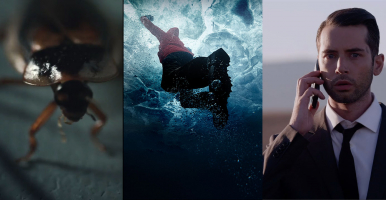